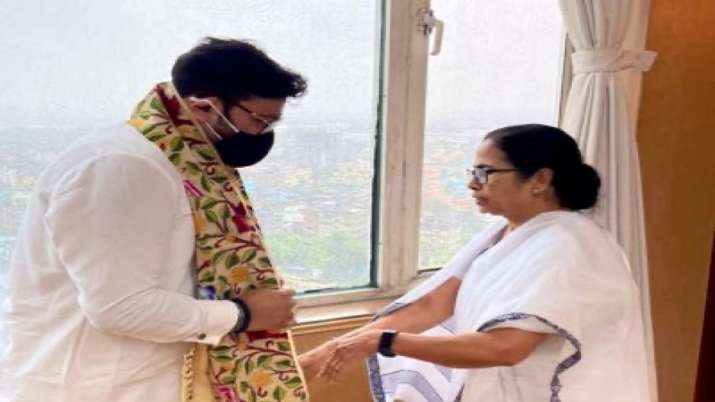 The Chief Minister spoke with the singer-turned-politician for more than half an hour.

“She (Banerjee) asked me to work with all my heart and sing with all my heart, which I think is like icing on the cake. I shall have time to sing. She said ‘Pujor shomoy tumi gaan koro’ (Sing during Durga Puja),” Supriyo said.

When asked whether he would sing any song written by Mamata Banerjee, Supriyo said, “I am a professional singer. I shall definitely sing. I have sung songs of many unknown lyricists. First, let me get the songs.”

“I am not creating any history by changing party. I would like to thank Chief Minister Mamata Banerjee and Abhishek Banerjee. I am an MP from Asansol, and I will go to Delhi on Wednesday. If the Speaker gives me time, I will resign from the post on the same day,” he said.

After his removal from the Union Council of Ministers, Supriyo created a flutter in the political circles by joining the Trinamool on Sunday. Representing the Lok Sabha for the second time from Asansol, Supriyo had earlier said that he would quit politics. However, the BJP leadership later persuaded him to remain a member of the Lok Sabha.