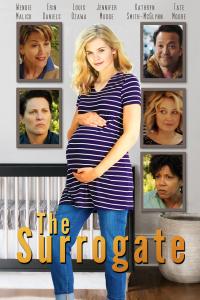 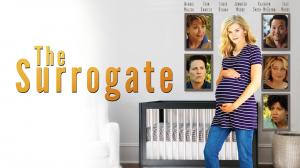 “I couldn’t be more excited to finally have audiences everywhere be able to discover
“The Surrogate!” states the film’s director, Amy Glazer. “We were all set to debut our film at our first festival in March 2020 but then Covid hit, and the premiere was shut down. It’s been a rough couple of years for everyone, but I think the positive messages in this film will resonate with viewers everywhere who are simply looking for stories of hope and love.”

Shot entirely on location in the Bay Area of San Francisco, The Surrogate was written, directed, and produced by women. It is a contemporary look at a Bay Area group of 40-something friends as they grapple with life’s next chapter, surrogacy, parenthood, and the ramifications of every choice they make. Featuring a new release by Grammy Award Winning songwriters Sheryl Crow and Bonnie Bishop and The Verbs; produced by the legendary Steve Jordon. The Surrogate explores the messy secrets and complicated nature of parenthood and the modern family, all the while testing the boundaries of love and friendship and the bioethics of surrogacy.

About Amy Glazer, Director
Amy Glazer began her career in theater, directing plays in the San Francisco Bay Area and serving as an Associate Artist at Magic Theatre and Associate Artistic Director of SF Playhouse. She made her screen directing debut with Barry Gifford’s Ball Lightning (2003) Drifting Elegant (2006) and went on to make Seducing Charlie Barker (2010) and Kepler’s Dream (2016). Amy is currently in post-production on Meli a feature film recently shot on location in Hawaii.

About, Lynn Webb, Producer
Lynn Webb is an Emmy-nominated producer of several feature films and documentaries including, among others, The Surrogate (in production), Nevertheless (2020 release), Olympia, Elephant Refugees, A Dog Named Gucci, Empowerment Project: Ordinary Women Doing Extraordinary Things, Midsummer in Newtown, Love & Taxes, and Seducing Charlie Barker. She happily resides in the bay area and is head of Kanbar Entertainment.

About Patricia Cotter, Writer
Patricia Cotter is a playwright, librettist, and screenwriter. Plays include: The Daughters which will be included in Pride Plays, NYC 2021 and received its world premiere at The San Francisco Playhouse in 2019, Rules of Comedy, produced in 2015 Humana Festival of Ten-Minute Plays produced by The Actors Theatre of Louisville’s The Tens. Other plays include 1980 (Or Why I’m Voting For John Anderson) Chicago’s Jackalope Theatre 2017, Jeff Awards nominee for Best New Play, The Surrogate, winner of the 2016 Susan Glaspell Award, finalist at the 2016 O’Neill National Playwrights Conference.

The film is a Kanbar Entertainment Production and is distributed by Leomark Studios.

To receive a screener link for a review or to schedule an interview with either director Amy Glazer or members of the cast, please contact: