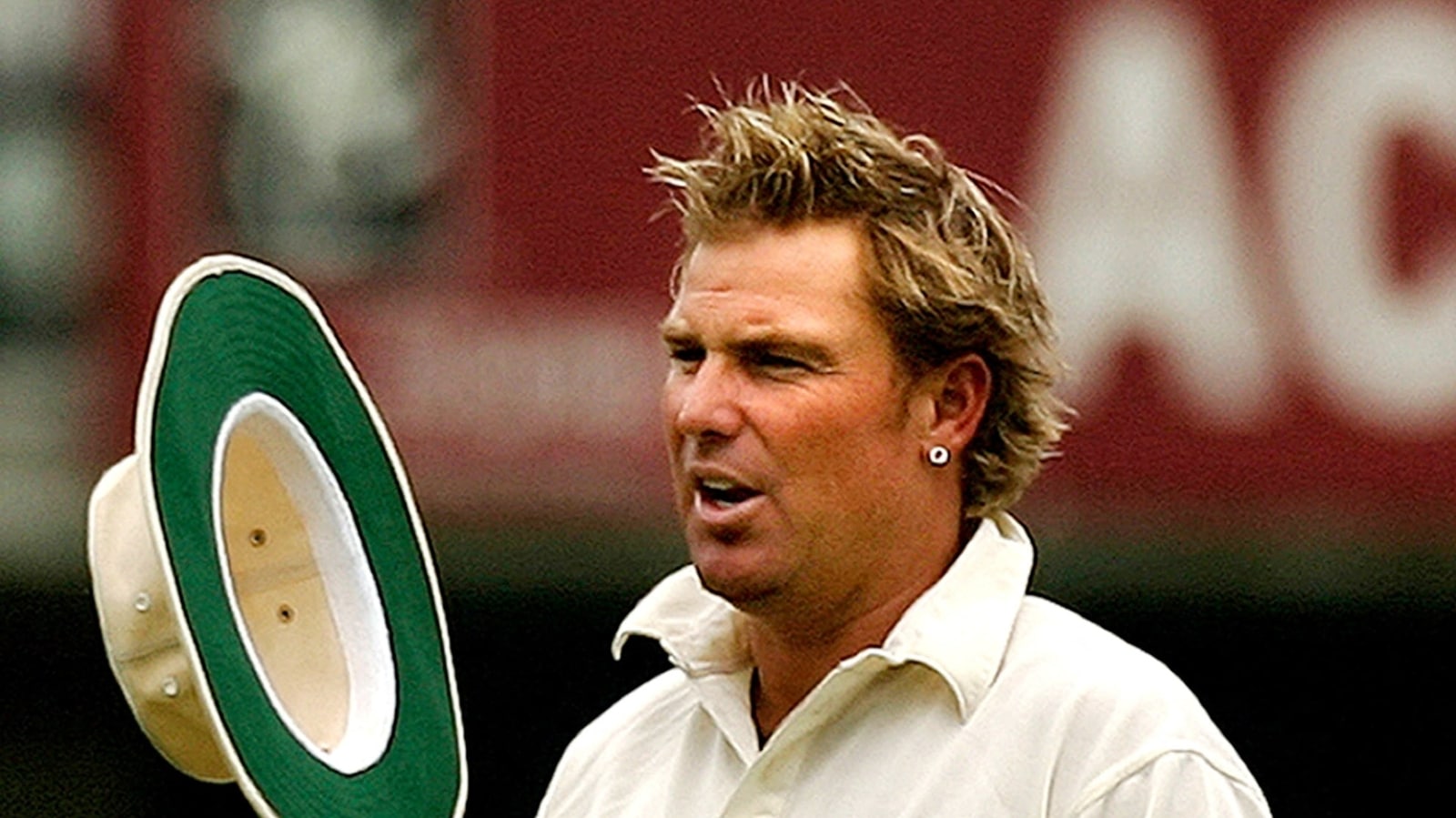 Australian Prime Minister Scott Morrison on Saturday announced Shane Warne will receive a state funeral, while the cricket board decided to rename a stand at the MCG in his honour as the country mourned the loss of one of its greatest sportspersons. Warne, one of the all-time greats of the game, died at the age of 52 due to a suspected heart attack in Thailand on Friday.

Morrison said Australians were “bewildered” by a “sad and sudden” loss of Warne and the state funeral would be organised by federal and Victorian governments, Cricket Australia and the family of “one of our greatest cricketers of all time”. “This will be done in consultation with the Warne family,” he said, promising to “ensure we honour Shane’s passing and memory.”

The Great Southern Stand at the Melbourne Cricket Ground (MCG) will also be renamed in honour of Warne with Victoria’s minister for tourism and sport, Martin Pakula, making the announcement on Saturday morning after consulting with Victoria premier Daniel Andrews, MCC Trust chairman Steve Bracks and MCC CEO Stuart Fox.

“We will be renaming the Great Southern Stand the SK Warne stand and we’ll be doing that as soon as we possibly can,” Pakula said.

Warne had taken his 700th Test wicket at the MCG and there is already a statue of the legend outside the ground. As a tribute to Warne, people gathered around his statue and offered flowers, cricket balls, beers, pies and cigarettes in tribute to his flamboyant lifestyle and cricketing genius.

Also Read | From flowers to pints of beer: Fans bid Shane Warne goodbye at the MCG

Cricket Victoria is also planning to potentially rename a stand at the Junction Oval in honour of Warne.

‘Warne passed away before reaching hospital’

Koh Samui (Thailand)Director of the Thai International Hospital where Warne was last treated before being pronounced dead said he believed the Australian legend passed away before he arrived at the hospital.

“The patient was intubated. We continued to resuscitate and provide CPR for 45 minutes. The doctor on duty concluded that the patient had passed before arriving at the hospital,” Dulyakit Wittayachanyapong, medical director of Thai International Hospital, said.

Terming Warne’s sudden death a “personal loss”, current India coach and batting great Rahul Dravid said the Australian spin legend will be remembered as long as the game is played.

“I had the privilege and honour to play against Warne. More importantly the great privilege of getting to know him personally and playing with him and alongside him as a colleague, I think that will probably be one of the highlights of my career,” Dravid said in a video posted on the BCCI Twitter handle.

“Out of nowhere, to be honest, we carry on doing what we do in life. We think everything is all about what we are doing in the present moment. Life is so unpredictable and fickle. Passing at the age of 52 is something that is totally unexpected. I stand here in disbelief and shock,” said Kohli.

“I got to know him off the field as well and the persona and charisma he brought to every conversation he was a part of, I can understand what he brought to the field as well. Lived life king size, just very grateful to have known him. To me, he was the greatest spinner that I have ever played in the game. Needless to say that he surely will be missed,” he added.

He made us believe, say Rajasthan Royals

MohaliRajasthan Royals, the IPL side he led to a title triumph in 2008, paid tribute to the late Australian bowler on Saturday.

The Royals have not won again in the 13 subsequent seasons and paid an emotional tribute to the spin legend who passed away on Friday.

Also Read | ‘Seemed unreal I was going to play with such a legend’: Jadeja remembers Warne

“Shane Warne. The name stands for magic. Our first Royal, a man who made us believe that impossible is just a myth,” the team said in a statement.

“A leader who walked the walk, talked the talk, and turned underdogs into champions. A mentor who turned everything he touched into gold. Warnie, you’re forever going to be our captain, leader, Royal. Rest in peace, legend,” the team added.