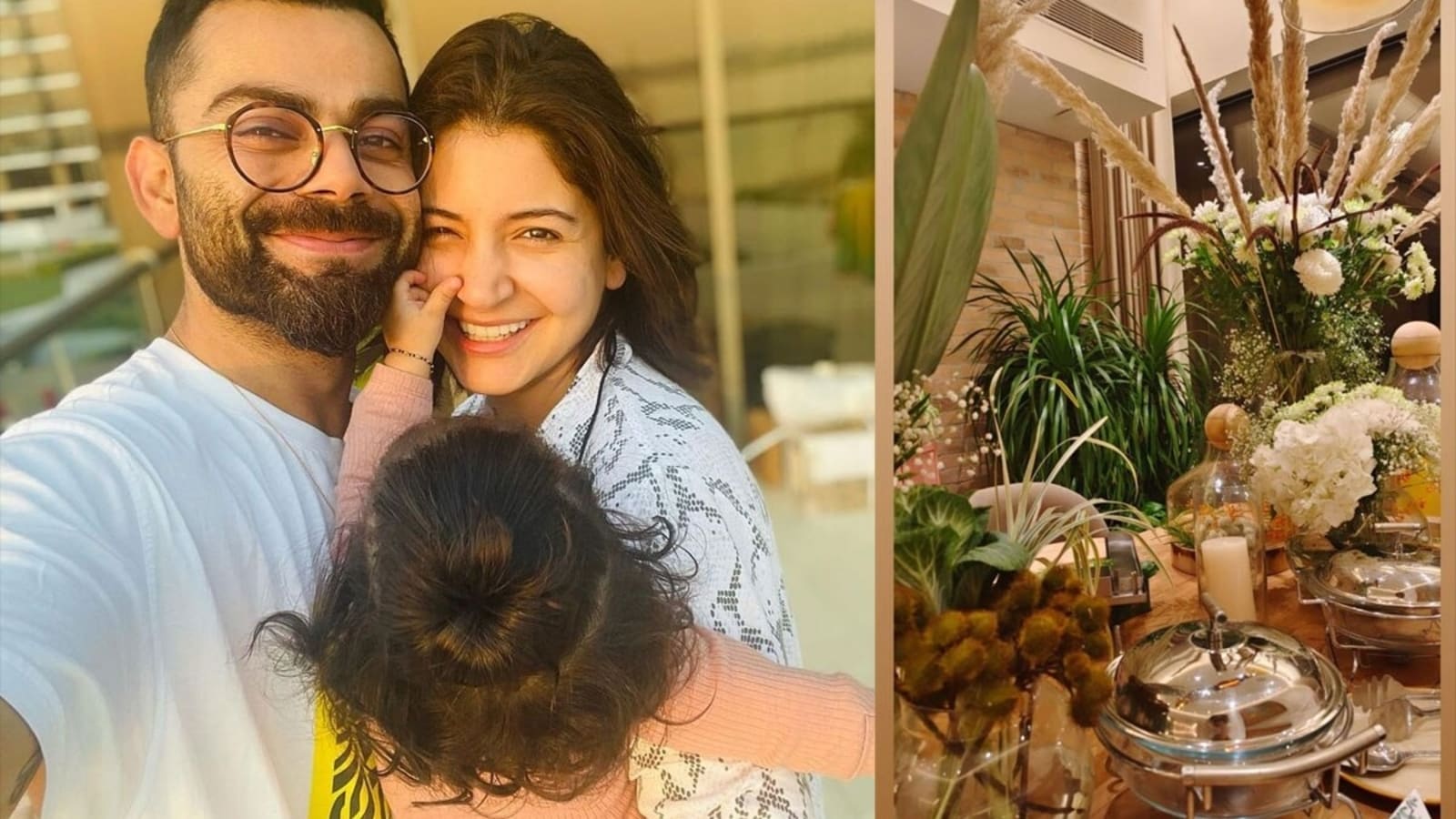 Taking to her Instagram Stories around midnight, Anushka shared a picture of the extensive feast they enjoyed on the occasion. It shows the dining table with a few dishes kept in silver bowls amid candles, and several flower bouquets.

As they celebrated four years of marriage, the couple also penned down notes in praise of each other on the occasion. Anushka shared several goofy pictures of them together and wrote, “There is no easy way out, there is no shortcut home. Your favourite song and words you’ve lived by always. These words hold true for everything including relationships. Takes tremendous courage to be the person you are in a world filled with perceptions & optics. Thank you for inspiring me when I needed it and for keeping your mind open when you needed to listen. Marriage of equals is only possible when both are secure. And you are the most secure man I know! Like I’ve said earlier, fortunate are those who really know the real you, the soul behind all the achievements, the man behind all the projections cast upon you.. May love, honesty, transparency and respect guide us always. P.S. : May we never stop goofin’ around. I love that about us.”

Virat replied to her post, saying, “you are my world.”

Also read: Vamika makes cute appearance in Virat Kohli’s anniversary post for Anushka, he talks about world being ‘against’ him

Virat also posted several pictures with Anushka and their daughter Vamika. He wrote, “4 Years of you handling my silly jokes and my laziness 🤪. 4 years of you accepting me for who Iam everyday and loving me regardless of how annoying I can be. 4 years of the greatest blessing god could’ve showered on us. 4 years of being married to The most honest, loving, brave woman and the one who inspired me to stand by the right thing even when the whole world could be against you. 4 years of being married to YOU. You complete me in every way, I’ll always love you with all that I have and more. This day is more special as its our first anniversary as a family and life is complete with this little munchkin.”

Virat and Anushka got married in a private wedding ceremony in Italy. They threw a reception for their friends in India soon after.