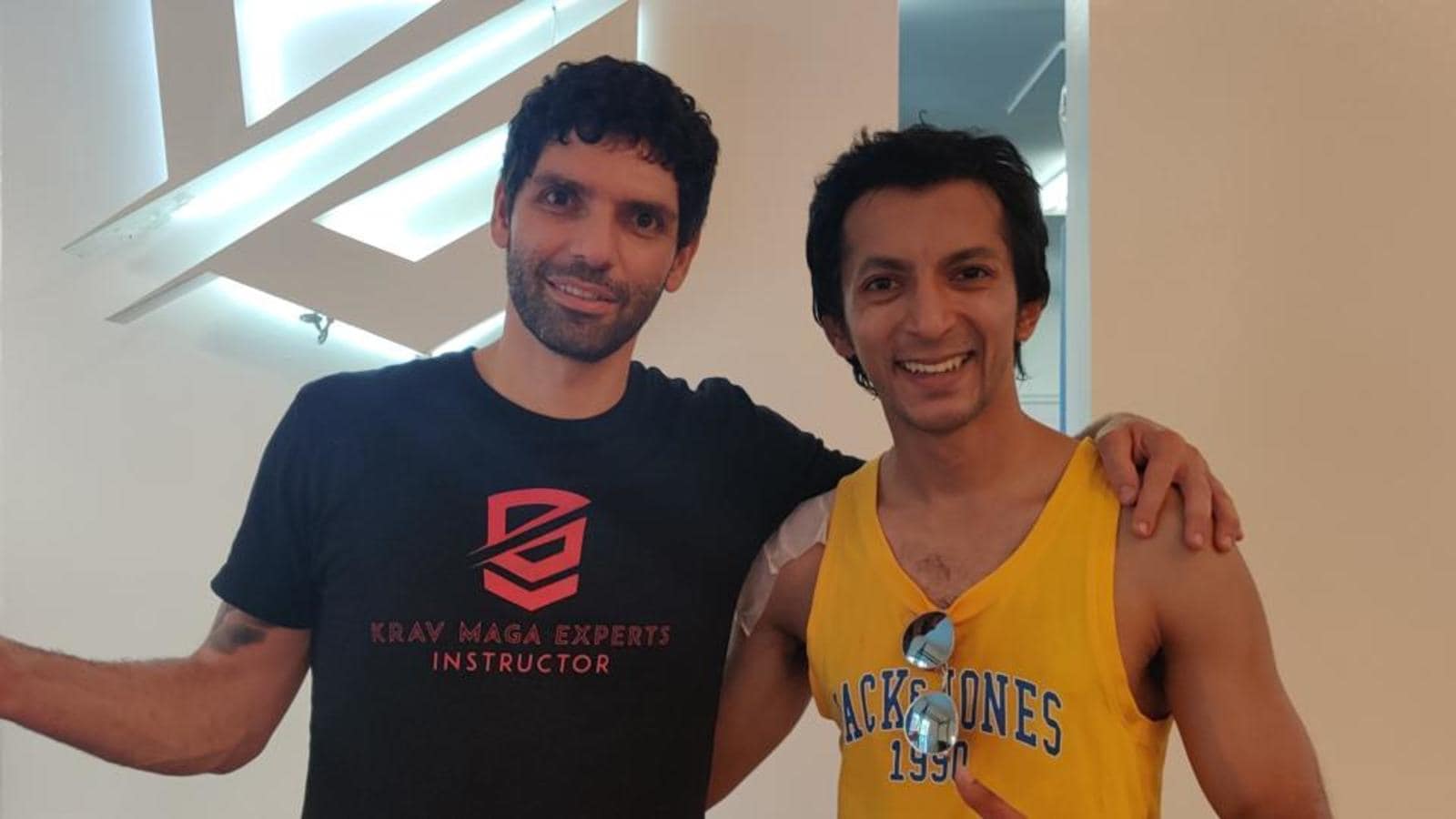 Actor Anshuman Jha is gearing up for some nail-biting hand to hand combat on screen, for which he’s taking professional training from instructor Vicky Arora, who also guided Vicky Kaushal for Uri: The Surgical Strike (2019). While the actor is well versed with several fighting styles, the one he is learning for the film is very different from anything he has tried before.

Known as Krav Maga, this mixed-martial art and self-defence system is at the core of action that Jha’s character will perform in the upcoming film, Lakadbaggha. Prepping for it since July, the actor is now in New York to train with Tsahi Shemesh, a self-defence expert, specialising in KravMaga.

After having trained in taekwondo as a kid, getting back to martial arts through another form has turned out to be a fun throwback for him. “I’ve also trained in Kalaripayattu and Parkour in between but krav maga is a different beast. A fun one. Because of my training in taekwondo, my basics are at least in the right direction,” Jha shares.

The Hum Bhi Akele, Tum Bhi Akele actor has invested six months into the craft, and he admits that he has been feeling the strongest.

“Sparring with Shemesh on the floor is a reality check on how far ahead the road is for me,” he says, adding, “Any martial arts form is eventually about kicks and punches, defence and offence. Only the form and style changes. Balance remains the key. But the body reacts differently to when you’re 12 to when you’re 32. But I’m feeling 12 again. The curiosity to discover and learn can do magic to the mind and brain.”

For Jha, the journey has been full of sweet pain, and physically challenging and he only aims to ace it and not just learn film action.

“So, it’s pushing my mind, body and core. But that’ll help me perform eventually as the movement will flow and not be forced. As with everything, I want to give it my 200% so that the audience doesn’t feel let down in any aspect of the film. It’s our responsibility as artistes to serve the best we can be,” he shares.

The actor promises some raw, pulpy in your face hand to hand combat.

“Lakadbaggha combines my two biggest passions —love for animals and action — so I’m invested. Action with a purpose. There’ll be an eclectic fusion of Indian and foreign cast/crew to bring forth their expertise for a first of its kind film in the genre from India,” he gives a hint.

Shemesh is glad that krav maga is getting more popular on the big screen, which is promoting the “most effective self defence system in the world.”

To this, Arora adds, “Many movies leverage krav maga because it’s known for its emphasises on aggression with simultaneous defensive / offensive manoeuvres. It’s also extremely efficient. In short, it has the best ingredients to make a fight scene look good.”