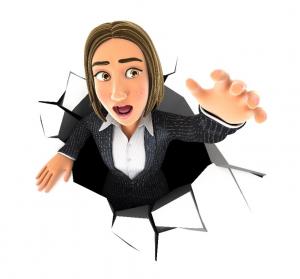 Each day 38.2% out of 100,000 military members, people with families, potential, passions, dreams for the futures are forever lost.”

LOS ANGELES, CA, UNITED STATES, June 17, 2022 /EINPresswire.com/ — Fighting a war without clear battle lines is challenging and dangerous. On the home front, the battle for survival is sometimes impossible after returning from the war zone overseas. Those fighting it falls victim to bureaucracy, complacency, and apathy. Military Veterans and Warriors hear people say, “thank you for your service,” and they appreciate being appreciated. Still, it would mean a lot more if the words “thank you for service” were followed with action so that they do not fall into the cracks that often lead to suicidal ideations and activities occurring at an alarming rate.

According to an article written by Tom Vanden Brook in USA Today, dated March 22, 2022, titled, “‘Still too high’: Defense Secretary Lloyd Austin orders independent panel to study military suicide,” there has been an increase of 40% military suicides in the past five years (https://www.usatoday.com/story/news/politics/2022/03/22/pentagon-orders-review-military-suicide/7130231001/). That means each day 38.2% out of 100,000 military members, people with families, potential, passions, dreams for the futures are forever lost. I have lost comrades in arms, and so have many of the veterans and warriors alive today and in the fight to prevent military suicides and military homelessness. Why so passionate about avoiding military suicides? Because of the stories of the military, members succumbed to the circumstances and pressure they faced right before deciding to end their lives. Today, hundreds of veterans spend every waking moment making sure to do their part so that fellow veterans and warriors be taken care of and have the life they want to live, preventing them from falling in the cracks.

Meet Sandy*. She served in the Air Force for 12 years honorably and was deployed three times to fight the war overseas. She was a wife and mother to two children; one was five years old, and the other three years old. Her husband, fully employed, supported her in the Air Force and worked to support and raise their children together as a couple. But there was an occurrence in her last deployment, and she was injured physically and mentally. Both injuries were so severe that she was medically discharged. The discharge from the Air Force was quick and sudden, and she was ill-prepared to manage her life after the military. She felt useless and sought help from many agencies, which disappointed her. One said, “think of this as an early retirement.” She was only 31 years old with a lifetime yet to live. Feeling overwhelmed with feeling helpless and hopeless, her depression, PTSD, and anxiety grew worse. She spiraled downward and ended her life after a year of being discharged.

Meet William*. He served in the Army for 23 years honorably and was in the Army Reserve to fight overseas with orders for only 179 days. At the end of his deployment, at the age of 43, he ended his life within a month of returning home. He was a husband, father, and grandfather with a great job and a loving family. William found himself alone in his home front battle without the support he needed to overcome. Here is what happened.

William served on the frontlines of the overseas war leading the troops through one mission after another successfully. His last mission did not go as planned, and he was blamed for it. He returned home to face ridicule and shame for what happened that was not supposed to happen. Feeling overwhelmed with guilt and shame and having been summarily discharged based on no longer being able to perform the mission, he sought help. Due to the 179 days order, he did not qualify to receive assistance from the Department of Veteran Affairs (VA). He contacted many different military support agencies, including the VA, and was disappointed to learn that the only treatment he could receive was by prescribed pills. During the period of seeking help, he lost his job. After losing his career, he lost confidence in himself. Soon after that, his depression, anxiety, PTSD, and survivor’s guilt became too overwhelming, and with no foreseen light at the end of the tunnel, he ended his life.

Meet Ken*. He served in the Marines for ten years and was severely wounded and med-evacuated to Germany, where he was hospitalized for three weeks. He was then transported to a hospital in Washington DC and eventually discharged from the hospital and the Marines. Ken spiraled into physical and mental pain and anguish, seemingly unaware of his caretakers. His mood grew cold and uncaring for himself and others. He lost interest in just about everything and spent his days staring into the air. Finally, he returned to his loving wife and teenage children, who pledged to care for him. Ken felt fine and in a better mood for a couple of days. After receiving his final orders on the third day, his spirit returned to coldness and uncaring. His wife reached out to other wives of members of Ken’s unit, but it was like the blind leading the blind. They had no idea who to call and get help for Ken. In two weeks, Ken plotted and planned his escape from life, and when no one was home, he ended his life.

Sandy, William, and Ken are just three examples of what thousands of our wounded (physically and mentally) military brothers and sisters go through after returning home from the overseas battles. Their battles on the home front go unsupported, leading to feeling hopeless, helpless, and worthless in their lives. Falling in the cracks of not getting the help they need is unacceptable.

Memorial Day is a day of deep sorrow for those who served in military service, survived, and now suffer the loss of comrades. It is a day that triggers them back the pain and suffering associated with losing a comrade. While most of the population are having backyard barbeques, beach parties, and gatherings of friends and family, veterans and warriors ask that people remember and honor the sacrifice of those who served our country and perished in the battles overseas, and those of veterans and warriors who, through no fault of their own, fell in the cracks and succumbed to the pain and pressures of home front battles.

The Department of Veteran Affairs and the Department of Defense can do better than what is being done to support military members transitioning from military life to civilian living. What is being done presently is not enough, mainly when a rising number of daily military suicides occur. There must be something better than what is presently being done. Having the programs staged to help men and women fighting for the rest of their lives with no real answers or results is a disservice. They need real solutions, answers, and a simple mission plan for the remainder of their lives. Without this, they have no solid ground by which they can continue to walk out the rest of their lives. Without this solid ground comes the insecurity that leads to insufficiency and feeling worthless, hopeless, and helpless. These feelings and thoughts occur just before thoughts of ending the pain and anguish with the ending of their lives.

“Thank you for your service” with tangible, concrete outcomes for military families gives them more honor. They need to have their needs met promptly. This shortens the time of overwhelming pressures and pain and helps them move onward and upward in their lives. Getting results means having the life they seek and deserve to live.

The non-profit organization, Onward and Upward, seeks to collaborate with other veteran-owned, operated, and like-minded being the avenue by which military veterans and warriors do not fall in the cracks due to bureaucracy, apathy, and complacency. Instead, working together, it is possible to provide real solutions for actual positive outcomes, preventing the prevalence of suicides among military members. This action taken together will aid in the decrease and eventually alleviation of military homelessness and military suicide. If anyone is interested in making this collaboration take place with Onward and Upward, contact the founder, Dr. AnnaMaria Bliven, 608-472-4899, contact@onwardupwardinc.com, or connect with her at LinkedIn: https://www.linkedin.com/in/annamariabliven/.