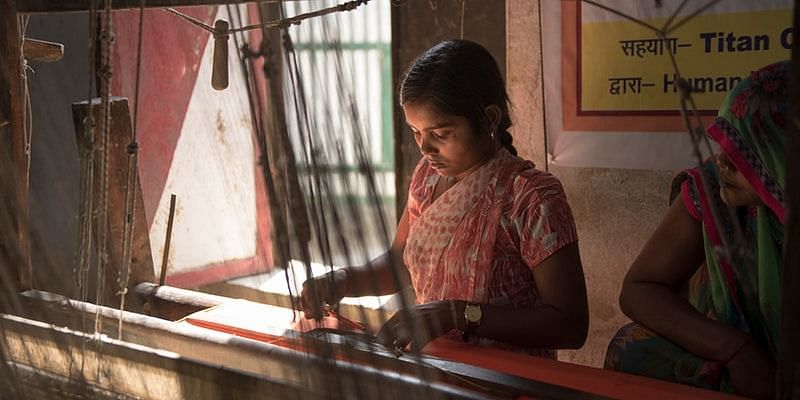 Amazon India on Monday announced the launch of Karigar Mela in partnership with Tribes India, wherein the ecommerce platform will feature a dedicated storefront for traditional tribal and local Indian handicrafts.

As part of the initiative, customers will be able to access and shop from a selection of over 1.2 lakh unique traditional tribal and local Indian handicrafts and handloom selections, a statement said.

Some of the unique art forms that will be available in products listed for purchase as part of Karigar Mela include Bidri, Dhokra, Ikkat, Pattachitra, blue art pottery, etc., it added.

As part of the Karigar Mela initiative, Karigar sellers will also benefit from a 100 percent Selling on Amazon (SoA) fee waiver for two weeks from August 30-September 12.

“The tribal artisan and weaver community are at the nucleus of the Indian economy. It is also one of the segments that have been most severely hit due to the ongoing pandemic. The launch of Karigar Mela will play an important role in helping artisans and weavers revive their livelihoods and accelerate their growth during these challenging times,” Minister of Tribal Affairs, Arjun Munda, was quoted as saying.

The long-term partnership of TRIFED (Tribal Cooperative Marketing Development Federation of India) and Amazon is helping increase visibility for local products by bringing the offerings to the forefront.

“Such initiatives will help in driving deeper sentiment of ‘vocal for local‘ among Indian consumers and help in boosting Prime Minister’s vision to be an Aatmanirbhar Bharat, he said.

Amit Agarwal, Global Senior VP and Country Head of Amazon India, said, India’s rich cultural heritage is held together by the tribal artisan and weaver community, whose creations are a source of livelihood for millions of families.

“To help generate online demand for artisans and weavers’ products while supporting them with working capital as they look to bounce back from the recent disruptions, we have launched the ‘Karigar Mela’ storefront. With the festive season coming up, we believe that such initiatives will empower indigenous craftspeople, weavers, and tribal artisans and help the rich legacy of Indian art and craft to thrive, he added.

Amazon will continue to collaborate with government and non-government organisations to enable Indian artisans and weavers across the country to accelerate their growth through ecommerce, he said.

“TRIFED and Tribes India are a family of 5 lakh tribal master craftsmen and women who produce a rich volume of handicraft and handloom products in India. Our partnership with Amazon as part of the MoU (memorandum of understanding) signed has enabled us to take Made in India tribal products to customers across the country and the world,” Pravir Krishna, Managing Director of TRIFED, said.