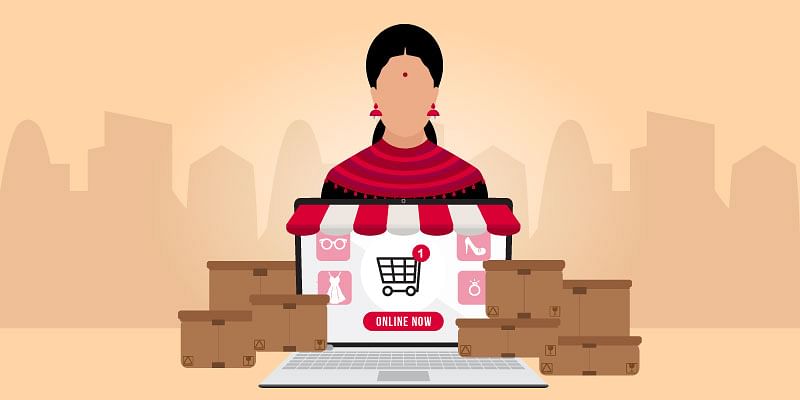 Ecommerce majors ﻿Flipkart﻿ and ﻿Amazon﻿ India on Sunday said they have witnessed a strong start to this year’s festive sale, with demand from Tier II and III cities driving the momentum.

Walmart-owned Flipkart on Sunday said early access for its ‘Flipkart Plus’ programme (loyalty programme) saw a 40 percent growth this year compared to last year, while about 45 percent of customer demand has been from Tier-III cities and beyond.

“Amazon Great Indian Festival 2021, our month-long festive celebrations has gotten off to a strong start, with millions of customers buying from small sellers listed on Amazon.in, including local shops, startups and brands, artisans, weavers and SMBs.

“During Prime Early Access on October 2, the number of local shops participating in the event more than doubled compared to last year,” he added.

Tiwary noted that Prime subscription continues to be a customer favourite across India, with two out of three new Prime sign-ups coming from Tier II and III cities and customers shopping in eight Indian languages.

“We also saw a 60 percent increase in sellers who received their highest-ever single-day sales year-on-year on Amazon.in; number of sellers receiving an order from Tier II/III cities jumped by 21 percent, and 16 percent more sellers received orders over last year,” he said.

Early data for Day 1 indicates a strong start across categories for the month-long festive season, he added.

The competition between the two giants is expected to be intense, similar to previous years. Flipkart’s The Big Billion Days Sale and Amazon India’s Great Indian Festival (GIF) has started on Sunday. Both the platforms offered early access to Plus (Flipkart) and Prime (Amazon) customers.

While Flipkart’s The Big Billion Days (TBBD) sale is an eight-day event that will end on October 10, Amazon India’s GIF will be a month-long affair.

Other players like Myntra, Snapdeal and others are also holding similar sale events on their platforms.

Flipkart, in its statement, said the eighth edition of its TBBD started on a positive note, with early trends reflecting upbeat consumer sentiment in the country.

“Early access for Flipkart Plus customers saw a 40 percent growth as compared to last year. Interestingly, about 45 percent of customer demand has been from Tier III cities and beyond signalling a strong preference for high-value goods/ items,” it said.

Flipkart further added that “the anticipation for this festival was evident as more than two million customers pre-booked close to five million products just prior to Early Access by paying just Re 1”.

The curated offerings of “BBD Specials” had over one lakh customers placing orders for these products in the first 12 hours of early access, it noted.

“This year, TBBD has started off seeing upbeat participation by customers and sellers. Ecommerce is clearly gaining increasing acceptance among the masses, and it is evident that user-friendly technical and financial constructs are helping to drive its adoption,” Flipkart Vice-President (Customer and Growth) Nandita Sinha said.

She added that the company will expand and strengthen its ecosystem of sellers and MSMEs (micro, small and medium enterprises), enabling better income and livelihoods for millions and expand its reach across the country.

Sharing initial trends, Flipkart said one in five customers has chosen to exchange their smartphone for a new one, with 82.6 percent of customers choosing to pay for their next smartphone using prepaid payment options.

Apple 12 and Apple 12 Mini are currently the favourite smartphone models, accounting for most of the two-lakh Apple iPhone 12 devices sold so far, it added.

E-commerce platforms — like Amazon and Flipkart — line up new launches and offers to woo shoppers during the festive season, holding multiple sale events that are timed around Dussehra and Diwali.

Players see a large chunk of their annual business coming in during the festive sales and they make significant investments ahead of time to ramp up their capacity and add features to be able to handle the spike in orders while ensuring a smooth experience for shoppers and sellers.

According to consulting firm RedSeer, ecommerce platforms are expected to potentially clock over $9 billion GMV (gross merchandise value) during the festive season this year as against $7.4 billion last year a growth of 23 percent.

During the first week of the festive season, these platforms are expected to register 30 percent year-on-year growth in gross GMV to $4.8 billion. Gross GMV refers to the total value of goods sold on the platform prior to subtracting cancellation or return.

The report highlighted that in terms of categories, fashion is expected to see a steady recovery this festive season in line with greater outdoor mobility of consumers and a steady rebound of fashion/office wear.