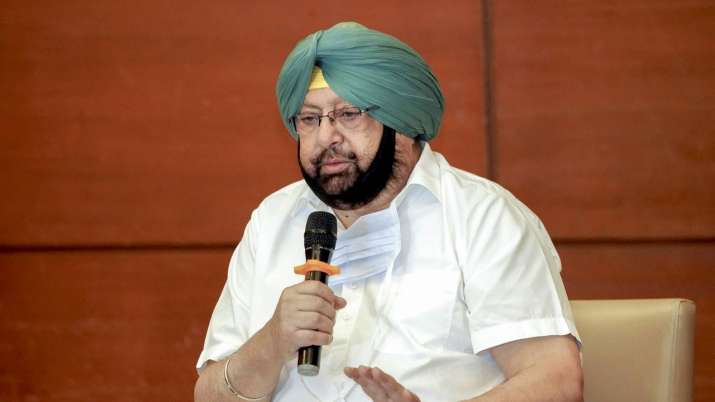 Former Punjab Chief Minister Amarinder Singh on Thursday lashed out at Congress General Secretary Randeep Singh Surjewala who said that the former had not written about increasing the BSF’s jurisdiction in Punjab when he was the CM.

Calling Sujrewala’s claim ridiculous, Amarinder Singh’s media advisor, Raveen Thukral, quoting the former Punjab CM wrote on Twitter, “You mean I’m dictating @HMOIndia  decisions now not just in Punjab but also in Gujarat, WB, Assam, etc? A person who couldn’t win an election in his own state has frankly no right to speak on national issues.”

Amarinder Singh also slammed former hockey Olympian and Cabinet minister Pargat Singh Pargat Singh for saying that the former was in the BJP while he was also heading the Congress in the state, and said that this move was ‘heights of irresponsibility’.

“This is the height of irresponsibility from a state minister. You and @sherryontopp  are clearly birds of the same feather, with nothing better to do than cook up ridiculous stories for cheap publicity,” Thukral quoting Amarinder Singh wrote.

Pargat Singh had earlier said, “I’ve always said Captain is with BJP only. Earlier he went to Delhi to make delay in paddy procurement & now this… If you’re deploying BSF in Punjab it shows your motive to impose governor rule.”

Earlier, the Centre has amended the BSF Act to authorize the force to undertake search, seizure, and arrest within a larger 50 km stretch, instead of the existing 15 km, from the international border in Punjab, West Bengal, and Assam.

While Punjab CM Charanjit Channi condemned the government’s decision, Amarinder Singh welcomed Centre’s decision saying, “Our soldiers are being killed in Kashmir. We’re seeing more and more weapons and drugs being pushed by Pakistan-backed terrorists into Punjab. BSF’s enhanced presence and powers will only make us stronger. Let’s not drag central armed forces into politics.”