Always a pleasure to hear about his vision for India: Adobe CEO after meeting PM Modi 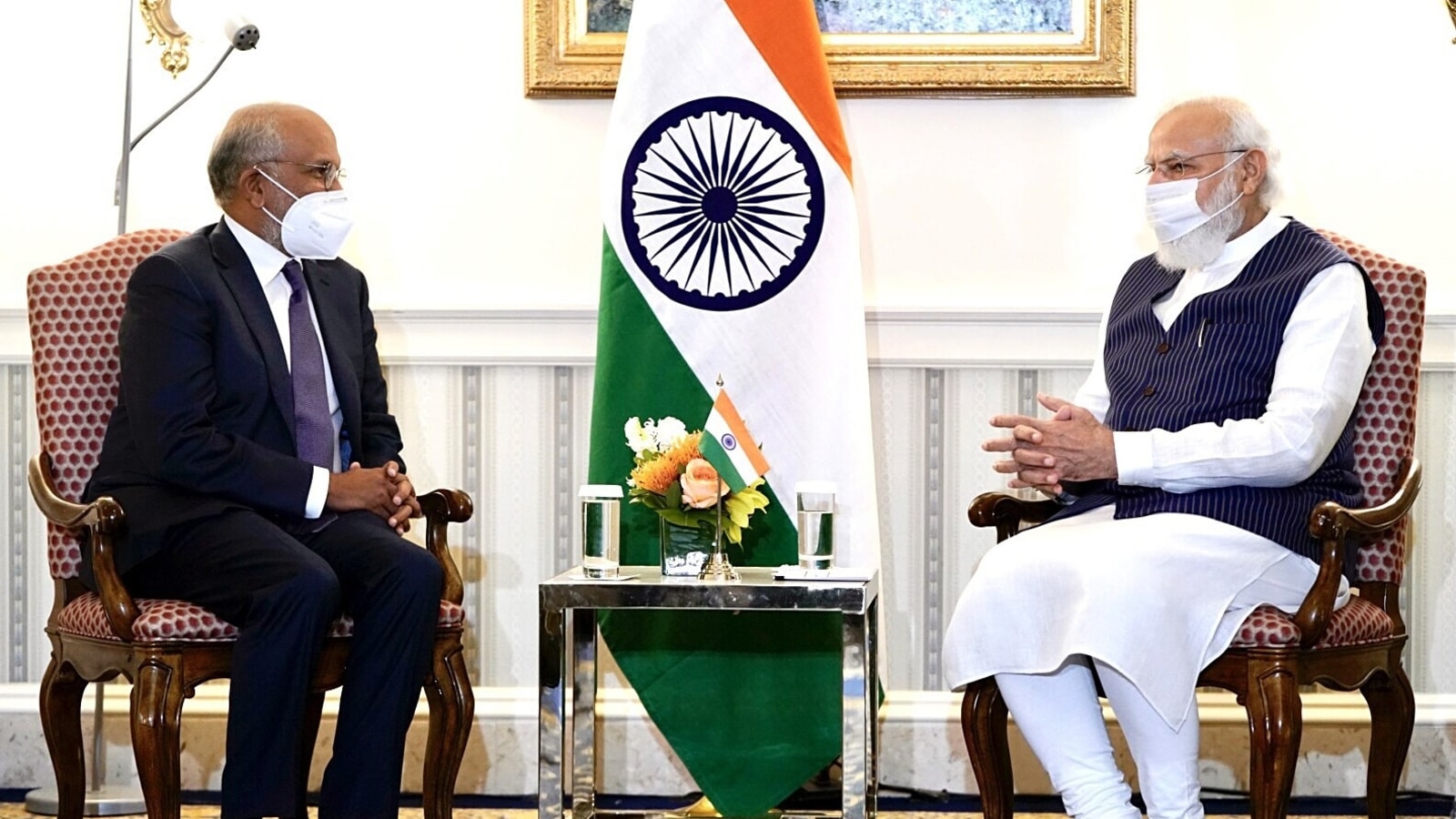 The discussions between Prime Minister Narendra Modi and Adobe chief executive officer Shantanu Narayen were focused on leveraging technology to provide smart education to youngsters and enhance research in India, the ministry of external affairs said on Thursday. PM Modi held a series of discussions with industry leaders on the first day of this three-day visit to the United States.

After the meeting, Narayen said that it has always been a pleasure to hear about PM Modi’s vision on how he wants to expand India. Quoting the prime minister, the Adobe CEO said he believes technology is the “way to help move things forward.”

Speaking about the National Education Policy, Narayen noted the people are the biggest asset and Adobe is supportive of more emphasis on education.

“For us, our biggest asset is people. Anything that happens with respect to encouraging education, having digital literacy helps Adobe. We’re very supportive of more emphasis and interest in education,” he said.

“Shantanu expressed keenness to take the joys of video and animation to every child in India,” the prime minister tweeted.

“It makes it an ideal opportunity for companies like First Solar to establish manufacturing in India,” said Widmar after the meeting.

He opined that every country should follow the footsteps of India to meet long-term climate goal objectives won’t be a problem.

“His (PM Modi) commitment to ensuring domestic capabilities and ensuring long-term climate goals with focus on energy independence and security, the alignment of what he’s trying to achieve couldn’t be better for companies looking to manufacture in India,” he added.