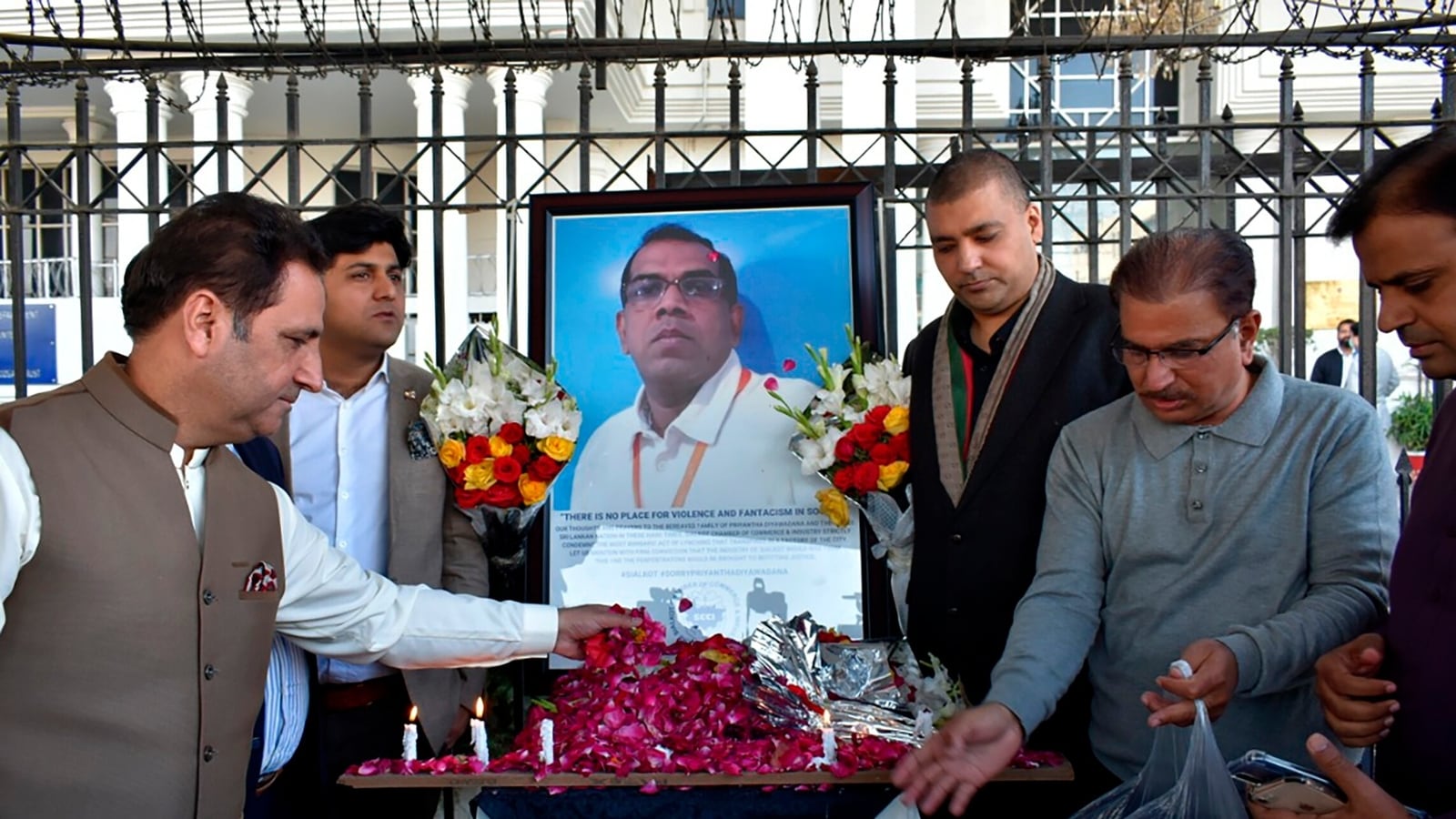 The report outlined skull and jaw fractures as the cause of death of Diyawadana. Due to the attack, his vital organs, liver, stomach and one of his kidneys, were affected. Barring one foot, every part of his body sustained severe injuries. His spinal cord was also broken at three different points.

Earlier on Friday, the supporters of hardline Islamist party Tehreek-e-Labbaik Pakistan (TLP) attacked a garment factory and lynched general manager of Rajko Industries Diyawadana and set his body on fire. Several among the irate mob also clicked selfies with them and videos shared on social media also showed some of the accused speaking to news channels even describing how they went about the killing. HT could not identify the veracity of these videos.

Reports say that Diyawadana, who was in his 40s, opposed Tehreek-e-Labbaik Pakistan (TLP) stickers which bore Islamic verses and tore one of those and threw them in the dustbin. “A mob of over 800 men gathered at the factory at 10 am Friday on reports that Kumara had torn a sticker/poster (inscribed with Islamic verses) and committed blasphemy. They looked out for him and found him (from the rooftop). They dragged him, beat him severely and by 11.28 am he was dead and the body was set on fire by the violent mob,” inspector general of police of Punjab province Rao Sardar Ali Khan was quoted as saying by Geo News.

Several video footage emerged where two people on separate occasions tried to save Diyawadana from the mob. One person was seen trying to save Diyawadana while the mob thrashed him. According to news agencies, he bore the brunt of the beating for a while but gave up after he could not tolerate the severity. Later another person pleaded to not set the dead body on fire but the mob tossed him aside.

The incident has seen widespread condemnation from Pakistan’s civil society with many accusing the government of being lackadaisical towards the TLP. Civilians protested in Karachi, Islamabad and Lahore following the gruesome death with many concerned that the incident will bring international shame to the nation.

The Imran Khan-led government, which is at loggerheads with the hardline Islamist group, gave in to its demands and removed it from a list of proscribed outfits. Pakistan earlier freed 2,000 extremists of the TLP in the last two months.