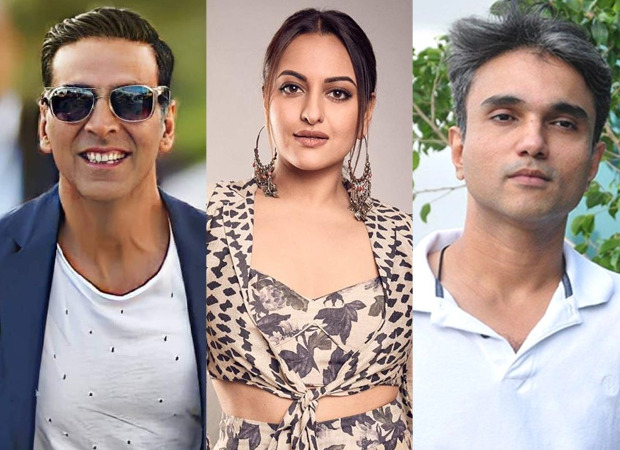 Akshay Kumar is still riding the wave of his recent release Bell Bottom. The film which marked the re-opening of theatres after the second Covid-19 wave has been doing better than expected at the box office. Now we hear that Kumar has already locked his next film. In fact, sources tell Bollywood Hungama that Akshay Kumar will be seen sharing screen space with Sonakshi Sinha in director Mudassar Aziz’s comedy venture titled 2XL.

“Mudassar Aziz is pretty busy; thanks to the Covid-19 lockdown he has been working on multiple scripts. But yes he has finalized one and intends on commencing work as soon as possible”, confirms a source. Ask for more details and the source adds, “The film is question has been titled 2XL and will be produced by Ashwin Varde. In terms of casting for 2XL the filmmaker has signed on Akshay Kumar for the lead, while Sonakshi Sinha is likely to be paired opposite him.”

Further talking about the film and what to expect from it the source reveals, “Akshay Kumar will be seen playing a rather unconventional role. In fact, as the title suggests 2XL, Kumar will be seen as an obese character somewhat on the lines of the Hollywood Eddie Murphy film Nutty Professor. Interestingly, the last time someone played an obese character in a Bollywood film was Anil Kapoor in the film Badhaai Ho Badhaai. Much like his character’s weighty issues, Kumar will face the same.”

Prod the source about the execution of the film and how the makers intend on pulling it off and they add, “An international make-up and prosthetics artists is being roped in for the film. The makers do not want to leave any effort in ensuring they get everything right. No one has been locked yet for this, but it will happen soon. Once done, the rest of the work on the film will be wrapped up since the makers are looking to commence shooting in March 2022.”

Currently an official announcement of the same is pending, and we are told that the same will happen in the coming weeks. Bollywood Hungama tried reaching out to both Ashwin Varde and Akshay Kumar but they did not respond.

Also Read: Akshay Kumar’s Oh My God 2 to be based on Indian education system?