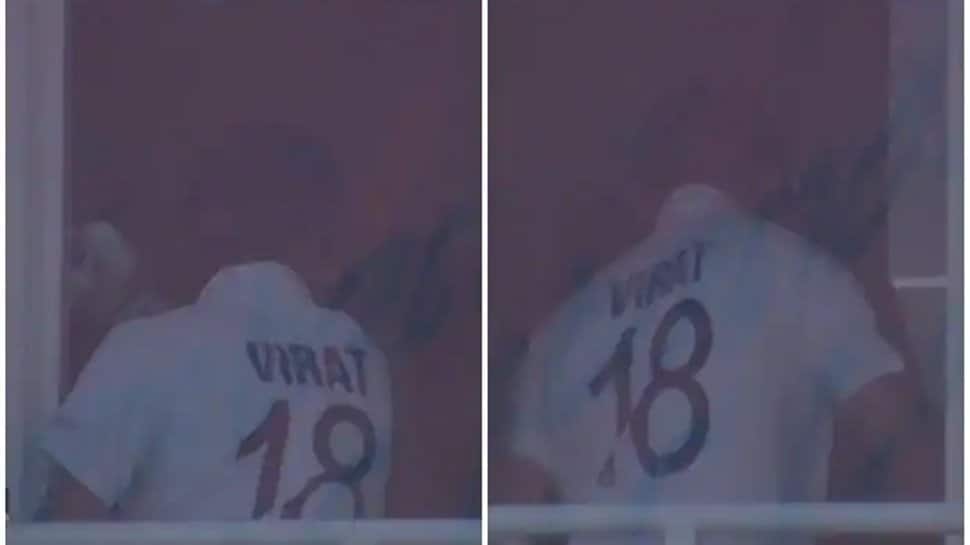 Virat Kohli is having a tough outing as compared to his standards and the frustration was quite evident in Team India skipper’s behaviour. After being dismissed on 44 in the second innings of the ongoing Test in Oval, the 32-year-old was seen smashing the dressing room door with the bat on his way back.

The video of the incident has gone viral on the internet.

Kohli, who has so far scored two half-centuries in the ongoing Test series against England, looked in great touch but like the previous occasions failed to convert his start into a big score.

Batting at a subpar average of 31.14, the Indian skipper has so far accumulated 218 runs from four matches.

On top of it, Kohli has been eluded of a ton since 2019, something which is pointed by both the ex-cricketers and the fans on nummerous occasions.

However, his side have taken control in the ongoing match at The Oval and have extended their lead over 300 runs. After Rohit Sharma’s valiant ton, wicketkeeper-batsman Rishabh Pant along with Shardul Thakur added over 100-plus runs for the seventh wicket.

Shardul, who had scored a half-century in the first innings, went on to complete his second fifty of the match before he was dismissed on 60 by Joe Root. Pant, on the other hand, also completed his 50.