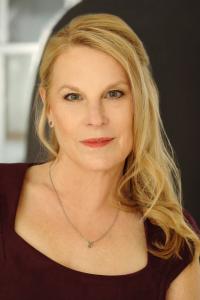 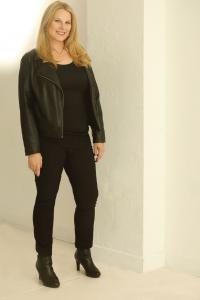 NEW YORK, NEW YORK, UNITED STATES, November 29, 2022 /EINPresswire.com/ — Actor Linda Collins continues to make a mark on the industry with several accolade-collecting films and striking series that are currently in production or wrapped.

Recently, Linda wrapped her starring role as Marigold in the short film “The Prof”, alongside Lukas Hasell (The Blacklist) as The Prof and produced by Intention Films and Media, Debra Markowitz, Director/writer and John Marean, videographer. The film “CUTTER” Eden Wright’s new short, featuring Linda as an unapologetic hair salon owner , that she finished earlier this year, screened at the Chelsea Film Festival and is beginning its festival run in earnest.

Additionally, Linda did a guest spot on an episode of Debra Markowitz’ “A Couple of Guys” series playing Roxanne, starring Lukas Hassell (The Blacklist) and Sal Rendino (Billions).

Earlier this year, “Three for the Road”, where Linda has a starring role and is Executive Producer, was an Official Selection and/or an Award Winner at many Film Festivals including New York Independent Cinema Awards, LA Independent Women Film Awards, Amsterdam Short Film Festival, Arthouse Festival of Beverly Hills, the Brightside Tavern Film Festival and appeared in several others.

Currently in pre-production, Linda is cast in a co-starring role as Helga in writer/director Andre Irias’ “Walkure”, a historical short film set in World War 2 Germany. Linda previously partnered with Irias on the multiple award winning “Perception”, which is currently on Amazon Prime. Linda is also cast in the upcoming comedy feature Crazy Athol as hit woman Roxanne, currently in pre-production, and set to shoot in 2023.

For More on Linda Collins, VISIT: