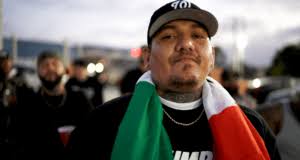 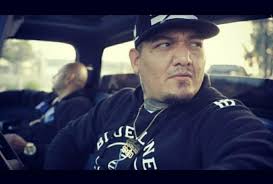 Misfit Soto is a Mexican-American rapper, producer, and song writer. 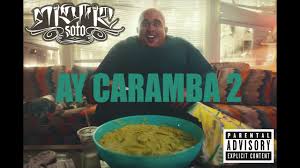 Image from the video Ay Caramba 2 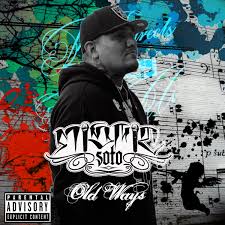 He has sparked his own movement with California Hip-Hop, and the Chicano Rap scene.

I’ve enjoyed Misfit Soto’s music for a while and definitely recognize him a true talent, but when I heard “ay caramba 2” I jumped out of my seat like yes!!!”

LOS ANGELES , CA, UNITED STATES, July 31, 2022 /EINPresswire.com/ — Rappers Blue face and Tyga have created offensive and disrespectful content against Mexican culture, especially the one that lives in the United States in Los Angeles area. These Videos feature images that ridicule aspects of Mexican and Latino culture such as family gatherings on Sunday’s, (also called carne asada) mariachis, guacamole, and ridicule Latinos and their customs in general, stereotyping especially for those Mexican/American that live in East La.

Unfortunately they also degrade the image of Latin women, using elements of Mexican culture such as carne asada, horchata water, guacamole and chips. Despite everything mentioned above, both rappers had the idea of ​​doing a Brown Face, that is, camouflage makeup to their natural features and change their skin tone to be able to make Mexican, Latino, Cholos characters appropriating and making fun of the Latin culture.

The cultural appropriation that they manifested in their contents reached the point of using the Mexican flag as a rag.

Recording artist Misfits Soto known by albums like “The Dangerous Ones,” and “Lost Angel,” created a rebellious theme regarding these differences and lack of respect on the part of the rappers “Ay Caramba 2”.

Actor Adam Mendoza (Snowfall, Shameless, Born 2 Hustle) supports this artistic new single Ay Caramba 2 and celebrates the courage from Misfit Soto to speak up. “I think Misfit Soto did exactly what a lot of us were waiting for, someone with the guts to step up lyrically and really make a point. Hats off to Misfit Soto on this one.” Mendoza mentioned.

“I don’t knock anyone who has love for the culture but it’s one thing to celebrate it and another thing to mock it. At the same time I would not call for Tyga Or Blue Face to be “canceled” or anything like that, I’d rather see more of what Misfit Soto did…an artistic response laying it all out there.

I do give Tyga credit though, then he saw the negative impact, he willfully took his own music video down and that speaks volumes. Mockery of our roots, our values, and the meaning that each of these elements has in our lives, in our families, in our childhood memories. etc. We believe that it is a step that they probably took without realizing how hurtful it can be.” Mendoza conclude.