Members in front of the US Capitol 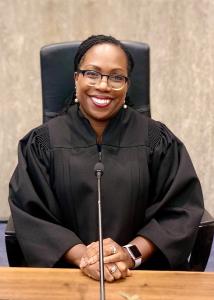 This is a momentous occasion, not only because Judge Jackson is the first African American woman to ascend to the nation’s highest court, but also because she is quintessentially qualified to serve.”

WASHINGTON, DC, UNITED STATES, April 8, 2022 /EINPresswire.com/ — The American Association for Access, Equity and Diversity (AAAED), an organization of equal opportunity, diversity and affirmative action professionals, celebrates the confirmation of Judge Ketanji Brown Jackson as an Associate Justice for the U.S. Supreme Court. AAAED President Dr. Richard Anthony Baker said, “This is a momentous occasion, not only because Judge Jackson is the first woman of African descent to ascend to the nation’s highest court, but also because she has demonstrated that she is quintessentially qualified to serve on this body.”

Founded in 1974 as the American Association for Affirmative Action, AAAED is a nonprofit membership organization of equal opportunity and compliance practitioners working in higher education, government and private industry. It is the longest-serving association of professionals who engage in the important work of leading, directing and managing affirmative action, diversity, civil rights and other human resource programs.

Justice-designate Jackson’s confirmation is particularly significant for AAAED. “Our members have labored in the vineyards for a day such as this,” said Shirley J. Wilcher, AAAED’s Executive Director. “For the first time since 1789, this Court will have an African-American woman as an Associate Justice. This is surely a time for celebration,” added Ms. Wilcher.

“The President has taken another step towards removing the barriers in place since the nation’s founding, and giving everyone, including this extraordinary jurist, an opportunity to serve at the highest levels of government.” Dr. Baker added.

AAAED Video “We Are a Community”

Beverage Premix Market to reach over USD 95.63 billion by the year 2030- InsightAce Analytic

Beverage Premix Market to reach over USD 95.63 billion by the year 2030- InsightAce Analytic