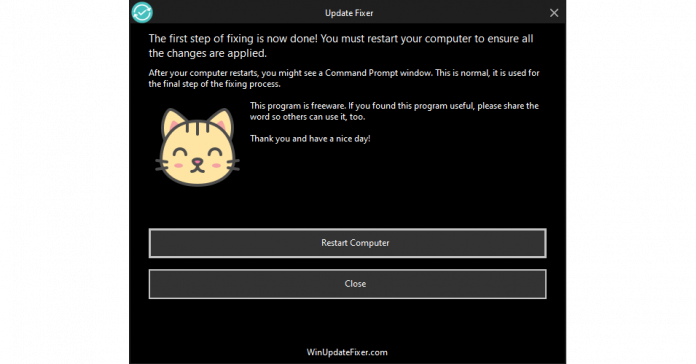 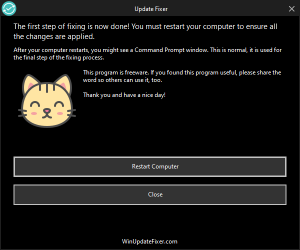 PORI, FINLAND, January 12, 2023 /EINPresswire.com/ — After running into an issue of Windows Update not starting on his personal computer, Jouni Flemming, Macecraft Software’s founder and lead developer, researched different ways to fix a Windows Update issue with no luck. He then resorted to building a new app as a solution. Afterward, he and the Macecraft team did a comparison test between the new app and two other popular methods: Windows Update Troubleshooter and PSWindowsUpdate PowerShell script.

“I didn’t find a way to fix my computer’s Windows Update and after spending a lot of time on the problem, I figured other people might have similar issues. There was no tool to simply fix Windows Update, so I had to make one myself,” said Jouni Flemming.

After the initial development of Update Fixer concluded, he decided to do a comparison test with the Macecraft team. The test documented the results of fixing a Windows Update not starting issue with three different methods:

Lastly, they ran the Update Fixer app which works in three stages. First, the tool analyzes the system to identify any issues with Windows Update. After the recommended fixes were applied, the app ran the first step of fixing and then prompted for the system to be restarted. After the system was restarted, Windows Update was again working and started to download previously missed updates.

The step-by-step details of this comparison test can be seen on this YouTube video.

Update Fixer is released as a free, open-source software with the full source code available under GPL license in GitHub: https://github.com/jv16x/UpdateFixer/

Update Fixer can be downloaded for free from its website: https://winupdatefixer.com

Macecraft Software is the publisher of Windows Utility Suite called jv16 PowerTools and Registry Cleaner named RegCleaner. The company was founded in 2003 and has been in the business ever since. Find out more about Macecraft Software at https://jv16powertools.com/

Get Curious About ‘Curious Design’