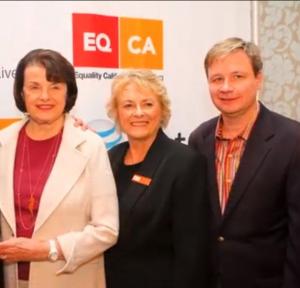 We had 3 first class candidates, that we were focused, and that showed a true commitment to the process, hustled to get before the voters and stuck to a positive message that resulted in victory.”

ALAMOGORDO, NEW MEXICO, UNITED STATES, June 9, 2022 /EINPresswire.com/ — 2nd Life Media‘s Political Consulting’ division of 2nd Life Media Inc celebrates the victory of 3 of the candidates that retained its’ services for the June 7, 2022 primary election. Under the direction and political of consultation of Chris Edwards of 2nd Life Media, 2 Democratic Candidates for the position of Magistrate and one Republican Candidate for the Office of Judge for the Twelfth Judicial District of New Mexico.

Consultant, Chris Edwards, said, “We had 3 first class candidates, that we were focused on victory, and that showed a true commitment to the process, hustled to get before the voters and stuck to a positive message that resulted in victory.”

The winning Republican nominee whose internet presence was led and managed by 2nd Life Media Consultants, Chris Edwards, in the race for New Mexico District Court, Twelfth Judicial District, Division 2, was Ellen Jessen, who was victorious against Republican James Dickens with a percentage of 51% verses 49% of the vote. Mrs. Jessen will retain her position as the seated judge, as she is unopposed in the November General election.

The winning Democratic nominee for Otero County Magistrate Division One represented by 2nd Life Media Consultants, Chris Edwards, is the Reverend Warren Robinson, who will face off in November against either of the Republican opponents, John Secrest III or Hannah Burleson. Their race is too close to call resulting in a possible recount.

During the last general election, of November 2020, 2nd Life Media Political Consultants led a winning opposition research and marketing campaign in Northern California, ensuring a radicalized candidate, lost who was seeking the office of Mayor.

2nd Life Media Inc is a vertically integrated consulting and operating company, located at 928 New York Avenue, Alamogordo, New Mexico, 88310 in Alamogordo’s New York Avenue Cultural Arts and History District. 2nd Life Media Inc is a multimedia and consulting company focused on enriching the lives of those around us, through ownership and support of the arts via it’s Roadrunner Emporium Fine Arts, Antiques and More Gallery, Gallery 1209, and via the soon to be revitalized Sands Theater Partnership.

2nd Life Media Inc. supports community dialog and education through its publishing workshops that help foster new authors, and through the power of the written word, in contributing stories to New Mexico Influence Magazine and as owner and publisher of the AlamogordoTownNews.com news site.

Cannavista Wellness Continues to Give Back by Supporting Local Charitable Organizations