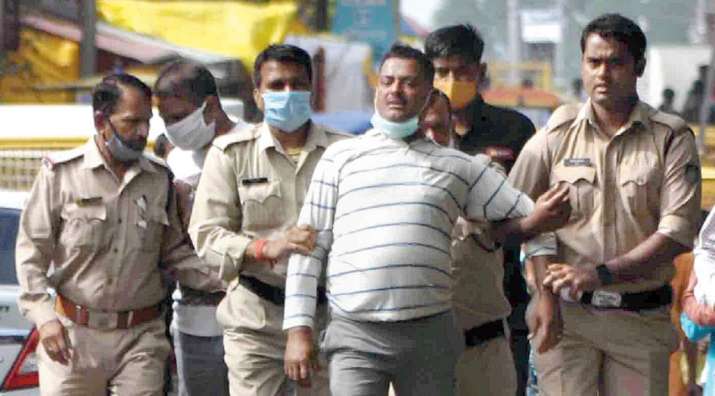 The judicial commission that probed all aspects of slain gangster Vikas Dubey’s rise and fall, has endorsed the findings of the Special Investigation Team (SIT) which had found that as many as 26 officials of the district administration and revenue department had helped Dubey and his associates in getting arms licences and fair price shop permits.

Vikas Dubey, who was killed in an encounter on July 10, 2020, has massacred eight policemen in the Bikru village on July 3 when the police team came to arrest him in a murder case.

The Supreme Court had mandated a three-member inquiry commission headed by Justice (retd) B.S. Chauhan to probe into the encounter of Dubey and five of his alleged associates.

The panel also probed the circumstances which led to the rise and fall of the gangster.

The state government had formed an SIT under the chairmanship of senior IAS officer Sanjay Bhoosreddy just after the encounter of Dubey.

According to the SIT report, the officers in collusion with the gangster included six sub-divisional magistrates (SDMs), an additional city magistrate (ACM), seven block development officers (BDOs), two tehsildars and two sub-tehsildars, along with a revenue inspector and two supply inspectors.

The commission, which submitted its report recently, has recommended action against all of them.

The report also states that the block development officer posted in Chaubeypur was in constant touch with Dubey and, in one year from December 2019 to March 2020 they had spoken 22 times.

Similarly, the then revenue inspector, village development officer, supply inspector were all in constant touch with Dubey.

This report was prepared by the SIT on the basis of call detail records of last year.

While endorsing these findings of the SIT, the commission states that it shows that revenue officials had friendly relations with Dubey.

It further states that all these officials were so friendly with Vikas Dubey that if any common man complained against him then he would know in advance and used to thrash the complainants.

The commission also endorsed the view of SIT that departmental inquiry should be conducted against four SDMs, and an ACM, while administrative action must be taken against four SDMs and eight tehsildars, and other revenue officials.