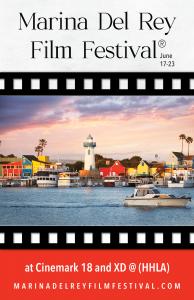 MARINA DEL REY , CA, USA, June 24, 2022 /EINPresswire.com/ — The Marina del Rey Film Festival returned to the big screen this week at the Cinemark 18 and XD movie theater located in The Promenade at Howard Hughes Center in Los Angeles. Now in its 11th year, the in-person theater event featured over 350 films from around the world. The festival began on Friday, June 17th and ran through Thursday, June 23rd. Marina del Rey Film Festival is an all-inclusive annual event designed with the primary aim of providing a forum to gather together filmmakers from diverse cultural backgrounds to share their recent works and recognize local talent. There was a kick-off party on Thursday, June 16th and an after party awards show is planned Friday, June 24th at the Cinemark 18 and XD movie theater.

Below are some highlighted films:

A Lucrative Opportunity for 2023

A Lucrative Opportunity for 2023