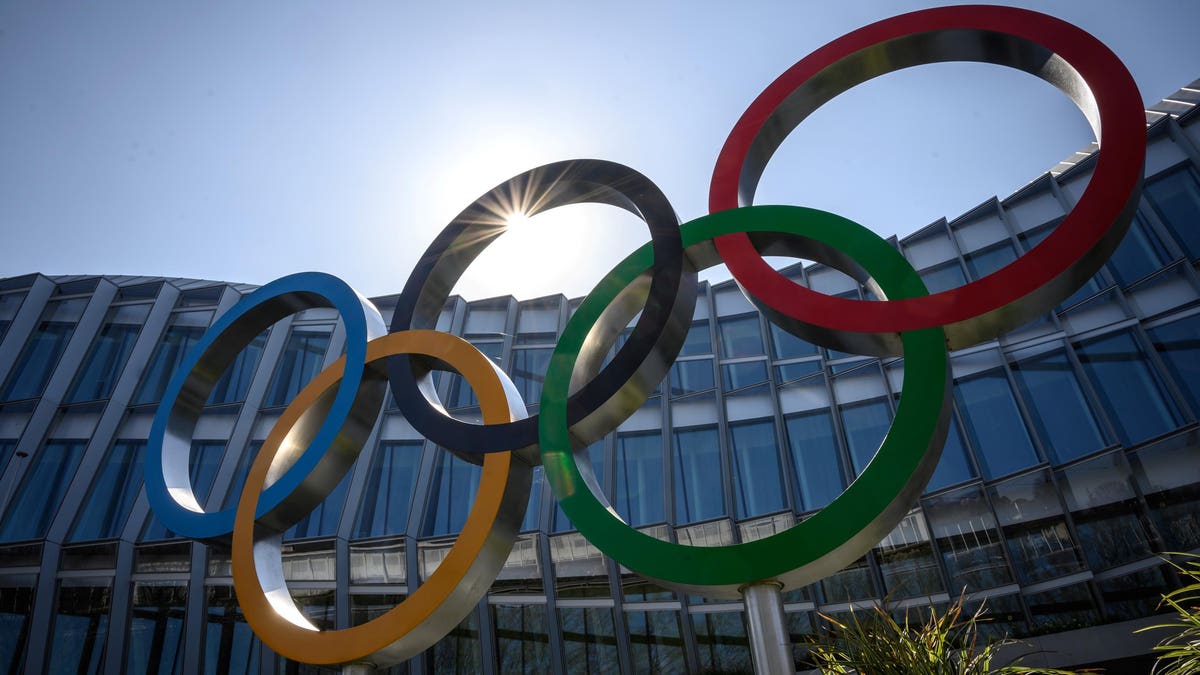 Thirty-three sports. Approximately 7,000 hours of coverage. Billions of viewers. After weeks of speculation about whether the 2020 Tokyo Olympics would be canceled, the Games are finally commencing, with Friday’s opening ceremony kicking off two weeks jam-packed with more than 330 events.

Thanks to pandemic-driven spectator limitations, the only way most people will be able to see the Games is from their living rooms. The Olympics are scheduled to air in the U.S. on all NBCUniversal﻿ platforms, including CNBC, the Golf Channel, NBC Olympics, NBC Sports Network, Telemundo, USA, Peacock and all of its other online entities.

The event has actually already begun, with preliminary soccer, softball and rowing events, among others, and will run until August 8. To watch the opening ceremony on Friday, head to NBC at 6:55 a.m. ET. And if you’re looking to catch a glimpse of high-profile athletes like premier gymnast Simone Biles, swimmer Katie Ledecky and two-time basketball gold medalist Kevin Durant, here are the major days and times to tune in across ten marquee sports.

Both the men’s and women’s squads for Team USA have remained dominant since the late 1980s. The women have won eight of the last nine gold medals, and point guard Sue Bird—one of Team USA’s two flag bearers for the opening ceremony—leads the team into these Games in search of her fifth.

On the men’s side, the U.S. enters the competition as the reigning champion, and winner of six of the seven gold medals since FIBA’s 1989 decision to permit NBA athletes to compete. The Kevin Durant-led squad is eyeing gold with several first-time Olympians on the roster, including last-minute replacements Keldon Johnson and JaVale McGee.

For the first time, the Olympics will feature a three-on-three basketball tournament in addition to the usual five-on-five event. But the U.S. three-on-three men’s team failed to qualify in May after a loss to the Netherlands.

Number of gold medals to be awarded: Four (two events, each with a men’s and women’s tournament)

After returning to the Olympic program at the 2016 Rio Games, golf will take center stage this year. It’s the fourth time the sport has been played in Olympic history. Each of the golf tournaments will be a 72-hole individual stroke-play event over four rounds.

Among the stars descending on Tokyo is 24-year-old U.S. golfer Collin Morikawa, winner of this month’s British Open, who hopes to take down reigning Olympic champion Justin Rose of Britain. He’ll be joined by multi-time PGA Tour winners Bryson DeChambeau, Justin Thomas and Xander Schauffele on the U.S. men’s team, with Nelly Korda, Danielle Kang, Lexi Thompson and Jessica Korda competing on the women’s side.

The must-watch: The women’s final round will begin at 6:30 p.m. ET on August 6 on the Golf Channel. Nelly Korda, the 22-year-old American, is expected to show why she’s at the top of the Olympic rankings.

Number of gold medals to be awarded: Two (one men’s, one women’s)

Following the retirement of the Olympic show-stopper Michael Phelps, Simone Biles is the new face of the U.S. Olympic delegation—and, with Usain Bolt retired as well, perhaps the entire Games. After capturing four gold medals in her first Olympics in Rio, Biles is eyeing six in Tokyo: She’ll be looking to compete in four apparatus finals, the individual all-around event and the team event.

The must-watch: Expect Biles to compete for her second consecutive all-around gold medal during the women’s final at 6:50 a.m. ET on July 29 on Peacock.

Making its Olympic debut, skateboarding is offering gold medals to victors in the street and park events. The park event venue will emulate the typical local skate park with deep bowls (similar to an empty swimming pool) and numerous curves while the street venue will mimic a city street, with railing and stairs for high-flying tricks.

The Olympic skateboarding events will be held at Ariake Urban Sports Park in Tokyo. Nyjah Huston (four-time street champion), Mariah Duran (the No. 6-ranked skater in the world), Cory Juneau and Heimana Reynolds are medal favorites for the U.S.

Number of gold medals to be awarded: Four (park and street for both men and women)

Megan Rapinoe and her American teammates are looking to rebound from a disappointing exit from the 2016 Rio Games at the hands of Sweden, which just dealt them a devastating 3-0 loss on Wednesday to open the Tokyo Games. That defeat ended the U.S. women’s national team’s 44-match winning streak.

The U.S. women, the winners of the last two FIFA World Cups, return to action on Saturday. The U.S. men won’t take the field at all: They failed to qualify for a third straight Games.

The must watch: The U.S. women’s soccer team will face off against New Zealand on Telemundo and NBC Sports at 7:30 a.m. ET on July 24 and will compete again against Australia three days later at 4 a.m. ET on July 27 on the USA Network.

Number of gold medals to be awarded: Two (one men’s, one women’s)

The U.S. team features a number of new additions but has one reliable returning star in Simone Manuel, who shared a gold medal in the 100-meter freestyle in 2016 and will be competing in the 50-meter freestyle this time around. But the real swimmer to watch is Katie Ledecky, a six-time medalist who dominates the distance events and will compete in four individual freestyle events in all. Caeleb Dressel, a 24-year-old medal favorite, will compete in both freestyle and butterfly events as he attempts to take the torch as the face of the U.S. men from Michael Phelps.

The must-watch: The women’s 4×100-meter freestyle relay final, which could give Ledecky her first gold of these Games, is scheduled to begin at 9:30 p.m. ET on July 24 on NBC.

The rest: The first swimming final begins at 9:30 p.m. ET on July 24 on NBC, and the finals will continue each day through August 1, with the marathon swims set for August 4 and 5.

Crowned the new face of tennis, 23-year-old Naomi Osaka is representing Japan after withdrawing from the French Open and Wimbledon and is expected to deliver gold on the women’s side. Novak Djokovic is a strong favorite on the men’s side as he chases a Golden Slam, having already won this year’s Australian Open, French Open and Wimbledon titles. A win would set him up to complete the feat at the U.S. Open, which begins next month.

The must-watch: The women’s singles gold medal match takes place at 5 a.m. ET on July 31 on the Olympic Channel.

The Olympics will miss stars like Usain Bolt, but the U.S. track-and-field Olympic roster is not lacking in talent, even without Sha’Carri Richardson, who received a one-month suspension after failing a drug test. Team USA features returning gold medalists such as Matthew Centrowitz Jr., Dalilah Muhammad, Kendra “Keni” Harrison, Ryan Crouser, Noah Lyles and Allyson Felix, who has already won nine medals across four Olympics.

The must watch: Felix, the most decorated American woman in U.S. Olympic track-and-field history, could match Carl Lewis’ record for most medals by an American track-and-field athlete (ten) with a strong performance in the women’s 400 meters. The final is scheduled to begin at 8:35 a.m. ET on August 6 on Peacock.

Baseball and softball are scheduled to return to Olympic glory following a 13-year hiatus. The U.S. has the winningest Olympic softball team with three gold medals and one silver medal. Team USA’s baseball squad relies on minor leaguers, without any players from a Major League Baseball active roster.

The must-watch: Baseball will begin at 6 a.m. ET on July 31 on NBC Sports as the U.S. takes on South Korea.

Number of gold medals to be awarded: Two (one baseball, one softball)