Man charged in Malaysia with murder, sodomy of 9-month-old baby 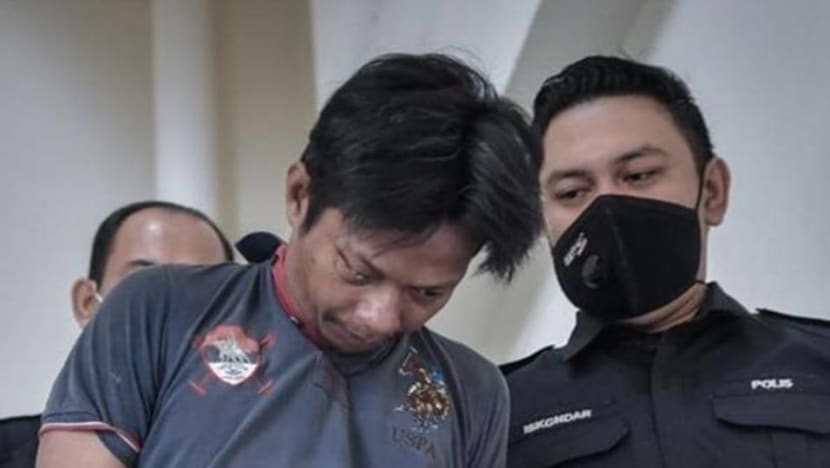 Mohamed Badruldin Mohamed was charged in Malaysia on May 12, 2021 with murdering and sodomising a baby. (Photo: Bernama)

KUALA LUMPUR: A 36-year-old man was charged in Malaysia on Wednesday (May 12) with murdering and sodomising a baby. The nine-month-old boy was being cared for by Mohamed Badruldin Mohamed’s wife, who was the baby’s nanny.

Police on Tuesday said Mohamed Badruldin sodomised the baby on Apr 27 while his wife was cleaning the living room. A postmortem found bruises on the baby’s mouth, said Petaling Jaya district police chief Mohamad Fakhrudin Abdul Hamid. The man, who was under the influence of drugs, is believed to have cupped the baby’s mouth, likely causing the boy to suffocate.

“During the incident, the female suspect was cleaning the living room and had left the baby alone with her husband in a locked room for two hours before finding the baby unconscious,” said the district police chief in a press conference on Tuesday.

“The victim was taken to the hospital for treatment by the husband who admitted to being the caretaker of the baby,” he added.

Following a report received from a medical officer, police on Apr 29 arrested the couple, who tested positive for drugs. For the first offence, the man was charged with murdering the baby under Section 302 of the Penal Code which carries a mandatory death sentence upon conviction.

For the second offence, he was accused of carrying out intercourse against the order of nature on the baby. If found guilty of this offence, he faces between five and 20 years in jail and caning. The man, who was not represented in court, nodded his head for the murder charge and pleaded not guilty to the charge of sodomising the baby. His wife will act as a prosecution witness and charged under Section 15(1)(a) of the Dangerous Drugs Act 1952, said Mohamad Fakhrudin on Tuesday.

4 Steps to Building a Community of Raving Fans